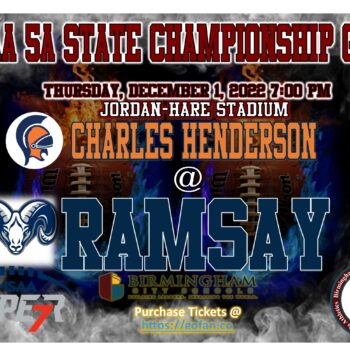 by hpope on November 28, 2022 91 views
The Ramsay Rams are heading to Auburn!  In just his second year as Head Football Coach, Coach Ronnie Jackson has led the Rams to the AHSAA 5A State Championship. Coach Jackson is seeking his first
read more 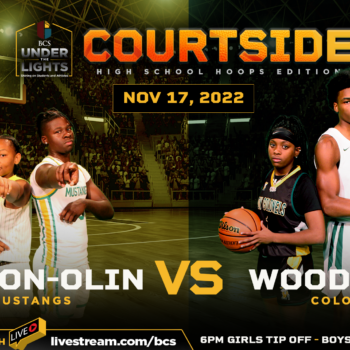 by hpope on November 15, 2022 83 views
We are officially "Courtside" this Thursday at Woodlawn High School as the Colonels host their Westside sister school, the Mustangs of P. D. Jackson-Olin! Tickets are available at: https://gofan.co/app/events/726153?schoolId=AL2691 If you can't be there, tune
read more

by hpope on September 1, 2022 321 views
https://livestream.com/bcs/events/10596948 The third installment of BCS Under the Lights will be live at Huffman High School tonight where the Vikings host Center Point Eagles in the first 6A Region 6 match-up of the 2022 season.
read more 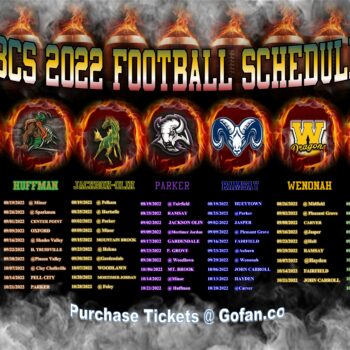 by hpope on July 29, 2022 844 views
Birmingham City High Schools are ready to kickoff the fall 2022 Football Season! It's time to pack our stadiums with large crowds ready to support our scholars as they compete for the AHSAA Championship! Click
read more